After two weeks of intensive work between The Hague and Amsterdam, we ran a series of experiments in the wetlab at Waag Society. This helped us to make the first development notes about this system we are currently prototyping – which we called The energy bending system. 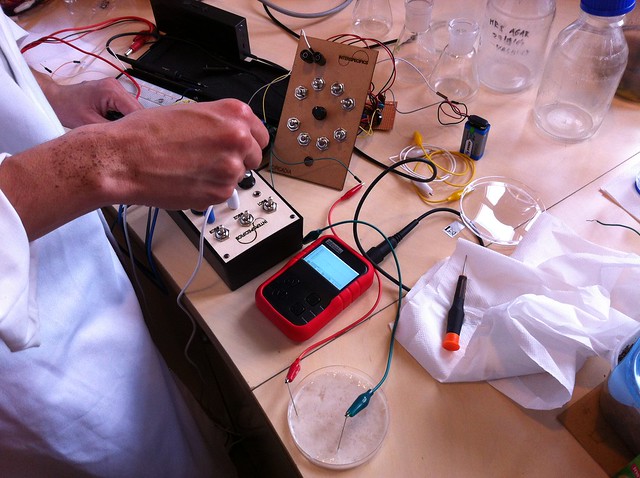 From all of our notes, we need to pay special attention on signal filtering when working with microscopic organisms. We’ve also decided the specific bacteria to which we going to work from now on but we will discuss in detail in another post. The test also helped us to establish a behavior protocol of use for bacteria. For instance, some could be use as capacitors to control the VCO and some could work as a variable resistance on the synthesizers. 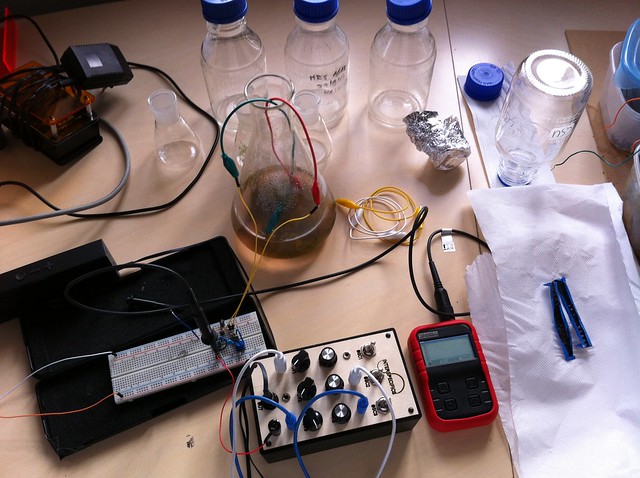 Also a few upgrades on prototypes been developed in the past weeks: a signal splitter for Circadia based on the IC4040 divider. This module adds up to the system synthesis of to build a solid sound language. 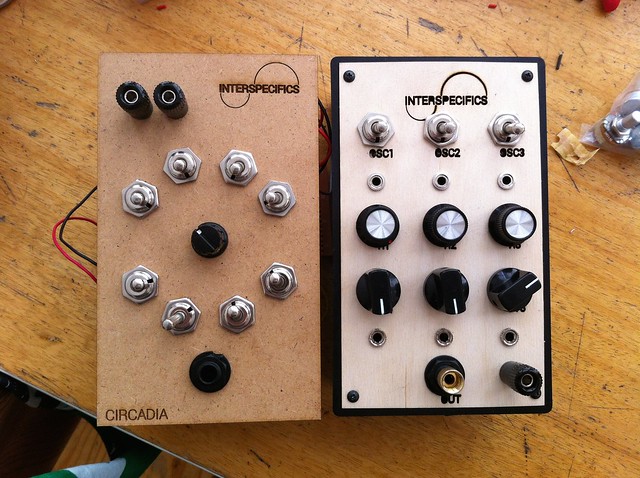 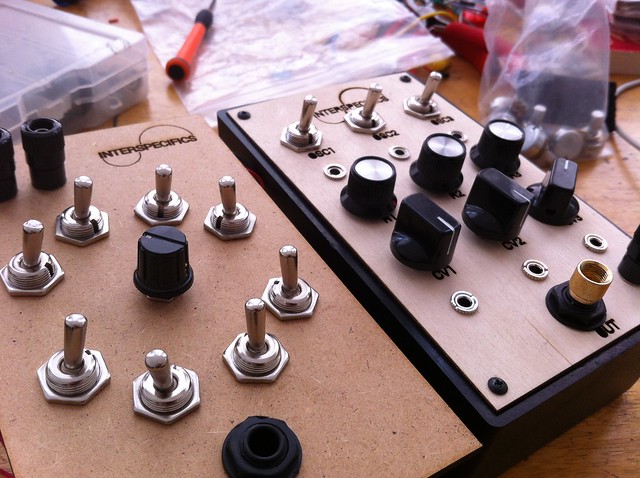 Besides, we just finished the first prototype of our new operational amplifier called “Amp-cell”. This module consists of two operational amplifiers that allows us to amplify micro voltage readings to an infinite gain. So far we have tested its functionality but still need to make adjustments, especially in designing the platinum electrodes to take an accurate reading.We have enabled a new section on the website to see the individual development of each of the modules.

Previous postResidency @ TodaysArt _ Circadia,Cascade and the PicoPSU Next postLive wires: The electric superorganism under your feet

What do you think? Cancel reply